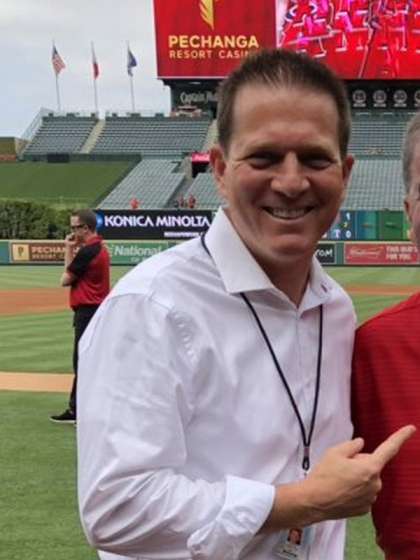 Compare your height to Patrick O'Neal

Who is Patrick O'Neal?

Patrick O'Neal has reinvented himself from his days as a film actor to becoming a regular face on sports TV as a sportscaster.

He had his first break in the movie industry by playing a commanding officer in an episode of a Golden Globe-winning history/war drama TV series, China Beach in 1989. What he did before that and his training has not been revealed.

He was the studio host for Fox College Football, Fox Saturday Baseball and in-game highlights for Fox NFL Sunday. Most of his presenting has been for pre-game and postgame anchoring of LA Angels and LA Kings games.

Patrick is straight but the only relationship he has been reported to have was the 7 years he spent being committed to Rebecca De Mornay between 1995 and 2002. Their commitment also produced 2 daughters before they fell apart.

He is the 3 child of actor Ryan O'Neal and his mother is Leigh Taylor-Young. All half-siblings, his older siblings are Tatum and Griffin while his younger one is Redmond.

Patrick’s religion is uncertain but appears to have some Christian influence on his upbringing.

In the 2006 movie Time Bomb, he played the role of a football announcer; a role quite similar to his day job.