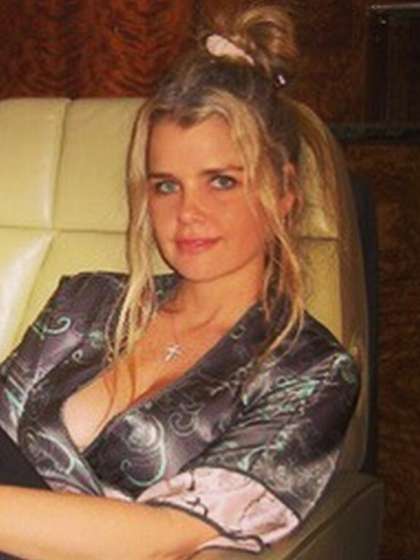 Compare your height to Samantha Torres

Who is Samantha Torres?

Samantha Torres is still a knockout beauty. The former model and beauty queen now works as an actress and a casting and assistant director.

After spending 3 years at a London boarding school, she came back to Ibiza and won a beauty pageant in 1993, going on to become Miss Spain for that year.

She began to appear in various magazines across Europe and globally, most notably being December 1995 Playmate of the month and cover of the April 1996 issue.

Her Playboy experience was enhanced with starring in various Playboy videos which boost her popularity. She also made appearances in the films, Gia and Shadow of Doubt, both in 1998 as well as cameo roles in Suddenly Susan (1998) and Camino de Santiago (1999).

Samantha is straight. In 1997, she was romantically involved with Latino pop star, Enrique Iglesias for a year. She met and fell in love Superman actor, Dean Cain in 1998 but soon split in 1999. She has chosen to remain single since.

Her family background has remained a mystery to the rest of the world as she tries to maintain some sort of privacy. She and Dean Cain have a son named Christopher, born in 2000. She is also the mother of twins Isabella and Elijah (born circa 2009), whose father is a mystery.

Although uncertain, she seems to have some degree of Christian beliefs. Her heritage might imply that she is Catholic.

Through her days of youth, she was an avid water skier, swimmer and scuba diver.

She had to let go of some adventurous tendencies after she spent an entire year on crutches due to an accident she had on her motorbike.