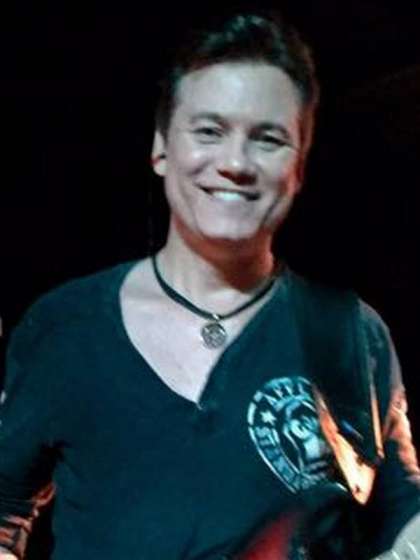 Compare your height to Roger Cain

Who is Roger Cain?

Roger Hugh Cain has found success in his chosen career of a musician. He has taken his guitar artistry to over 13 countries and counting.

Following his growing love for the guitar, he studied it at the Musicians Institute of Technology and earned a professional degree in musical engineering from LA Recording Workshops. He became the lead guitarist of a LA-based rock band named Catch 22.

After his band Sandbox formed an alliance with other musicians in 2009, he has been part of DSB, the band attributed for being the No. 1 Journey band worldwide.

Roger lives a fervently private life such that the public is left to imagine that he is straight. Neither of his present nor past relationships has been a topic for discussion by Roger.

Although he and his younger brother Dean are born by Roger Tanaka and Sarah Thomas, he was adopted by Christopher Cain after his marriage to Roger’s mom. He has a half-sister named Krisinda Cain-Schafer and is an uncle to Christopher Dean Cain.

Roger’s religious beliefs and practices cannot be established at this moment but it is possible he may have some Christian faith.

His only acting credit to date was as a rhythm guitarist in a 1994 comedy titled Almost Hollywood.

He spent his childhood days with Charlie Sheen, Emilio Estevez and Sean Penn and recounts an experience of how Martin Sheen once rescued him.