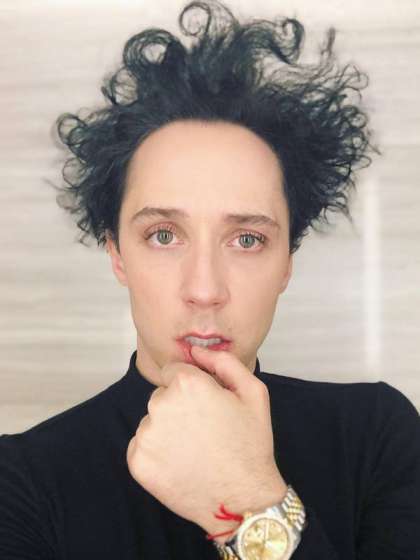 Compare your height to Johnny Weir

Who is Johnny Weir?

Johnny Weir is one of the most popular figure skaters in America until his retirement in 2013. He is also a famous TV person and a fashion designer.

He was a thriving equestrian as a child and competed professionally until he switched passions to skating when he was 12.

Quickly moving through the ranks, he was crowned champion at the 2001 World Junior Championship at the age of 16, while also coming 6th at senior US Championship that year.

Between 2004 and 2006, Johnny was the US champion but could not replicate the success at the global stage, winning bronze each at the Grand Prix Finals (twice) and the 2008 World Championship.

He most notably now co-runs sport commentary with Tara Lipinski but has also appeared in several films, biopics and TV shows and even modeled on a runway.

Johnny is openly gay. He had a relationship with famous pop star, Adam Lambert in 2010. That year, he met Victor Voronov and they got married in 2011 but this ended in divorce in 2015.

Johnny and his little brother, Brian are sons of John and Patti (Moore) Weir.

Raised as a Roman Catholic, Johnny suggests his openness to other beliefs, even following Kabbalah teachings. He even stated in 2012, that he was considering becoming a Jew.

Johnny has described himself as a Russia lover as he admires her culture. He has a Russian asteroid named after him.

A zealous activist, he was honored with the Visibility Award by the HRC for his human rights activism in 2010.

He released his autobiography, Welcome to My World in 2011.