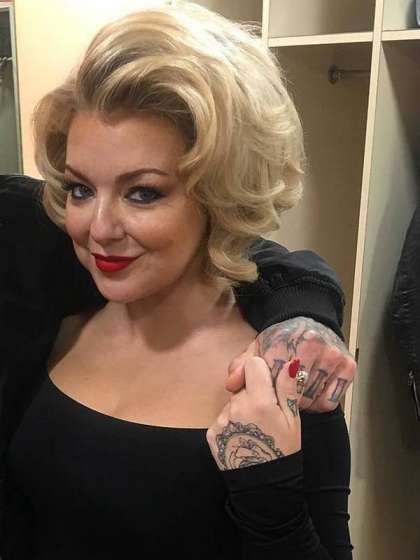 Compare your height to Sheridan Smith

Who is Sheridan Smith?

Sheridan Caroline Smith is one of the very best actresses in England today. The 2-time Olivier Award winner has also found success as a singer.

Born to pro country performers, she joined the act by dancing at 4 years and began singing at 7 years. With no prior drama experience, she made a professional stage debut at 14 years as lead in an Annie play while enrolled at the National Youth Music Theatre from 1994 to 2000.

For her services to drama, she became an Officer of the Order of the British Empire (OBE) in 2015.

She and her big brother Damien are children of Colin and Marilyn Smith (The Daltons). She had a brother, Julian who died in 1989 aged 18.

Her religion is unknown.

At the ‘tender’ age of 36, Sheridan has played her first grandmother role in the 2017 BBC drama, The Moorside.

She has described her best ever role was playing Charmian Biggs in Mrs. Biggs in 2012. She won a BAFTA Award and a few other nominations including an Emmy.