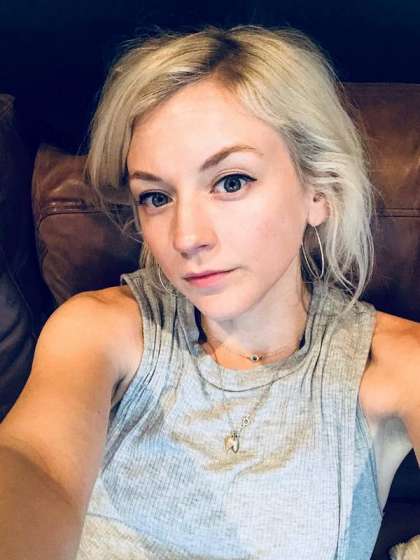 Compare your height to Emily Kinney

Who is Emily Kinney?

Emily Kinney is such a bright blue-eyed beauty who has not only found fame as a stage and screen actress but also found success as a singer and songwriter.

Emily only got serious into acting while she was in college, taking part in over 20 plays. She graduated from Wesleyan University in 2006 and relocated to New York where she was cast in a Broadway piece titled Spring Awakening that same year.

She has also released 4 records, her first EP being Blue Toothbrush in 2011 and her most recent, Oh Jonathan in 2018.

Although Emily is straight, there has been not many confirmed relationship stories. Some of her rumored romantic adventures are with actors and singers such as Ryan Adams, Michael Zegen, Matthew Koma and Norman Reedus.

She is alleged to have been dating Paul McDonald since 2017.

She is the daughter of Vaughan and Jean Kinney. No information about siblings may be indicative of her being an only child.

Emily was raised in a very religious family and it is safe to assume that she still holds on to her Christian faith.

Asides acting and singing, she is also a keen blogger, penning down her experiences as a young actress in the Big Apple for a magazine outlet, Unscripted.

A self-proclaimed horror fan, she attributes this to her being cast in The Walking Dead.