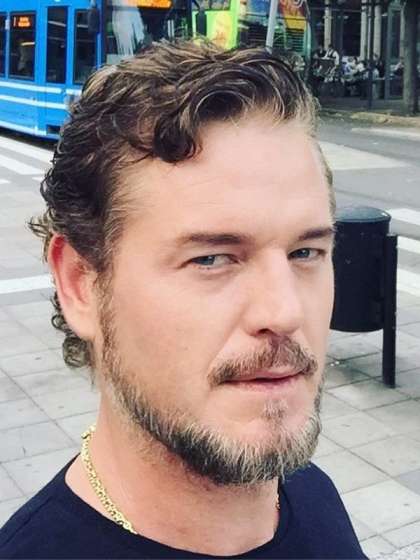 Compare your height to Eric Dane

Who is Eric Dane?

Eric Melvin T. Dane, known simply in the entertainment world as Eric Dane is a handsome and talented American film and television actor.

While in high school, he was an athlete who was a member of his school’s water polo team. He decided to pursue acting as a career after being cast in a school play tilted All My Sons.

In 1991, he made his screen debut appearing on an episode of Saved by the Bell.

The dashing actor is best known for his Dr. Mark “McSteamy” Sloan in the fan-favorite medical drama series, Grey’s Anatomy and won 2 awards for it. He is also cast as Tom Chandler in The Last Ship (2014-2018).

Eric is straight. He was married to Rebecca Gayheart in 2004 but cited irreconcilable differences for their divorce in 2018. Before his marriage, he had dated Lara Flynn Boyle in 2001 and Alyssa Milano in 2003.

He and his younger one are sons of architect/interior designer William (shot to death when Eric was 7) and homemaker Leah Dane. He became a first-time father in 2010 to a girl named Billie Beatrice and then to another girl named Georgia Geraldine in 2011.

Eric is a devout Jew. He even had a Bar Mitzvah ceremony when he came of age.

He struggled with an addiction to painkillers and checked himself into rehab in 2011.