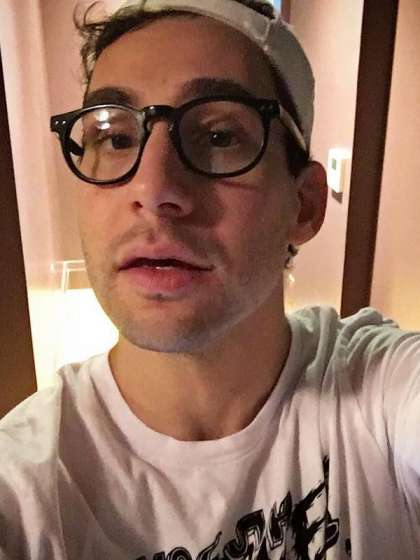 Compare your height to Jack Antonoff

Who is Jack Antonoff?

Jack Antonoff was born for music. The singer-songwriter, musician and music producer has earned himself 4 Grammy Award wins for his brilliance.

He and a couple of friends formed Outline, a punk rock band while in his tenth grade. They released an EP, a 6-track demo and a 2001 album titled A Boy Can Dream.

In 2002, he co-founded a rather more successful band called Steel Train with his friend and 2 others. They were signed to Drive-Thru Records. He joined fun. in 2008.

Playing guitar and drums for the band fun., he has won worldwide recognition for their 2013 smash hit, We Are Young from the album, Some Nights. He is also the frontman for the band, Bleachers known for the 2014 song, I Wanna Get Better.

Jack is straight and has been dating Carlotta Kohl since the beginning of 2018. He dated Scarlett Johansson for a year while he played for Outline and dated Alia Shawkat in 2009. Between 2012 and 2017, he was in a relationship with Lena Dunham and were both even living together.

He is the only son of Rick and Shira Antonoff. His younger one, Sarah died in 2002 of brain cancer, aged 13 while his older sibling is fashionista, Rachel Antonoff.

Jack is a Jew. He is often seen subtly wearing a Star of David while performing, most notably at the 2017 MTV VMA.

He attended Professional Children School at the same time Scarlett Johansson was.

He began his own annual music festival titled Shadow of the City since 2015.