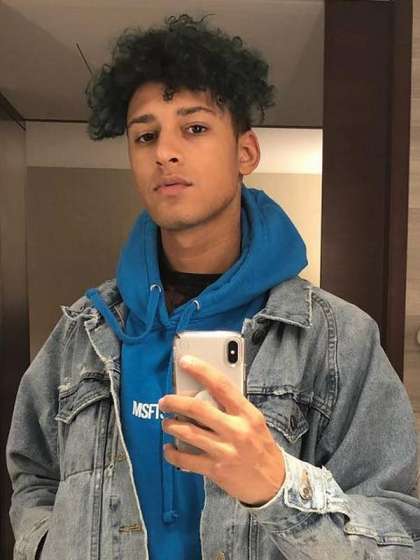 Compare your height to Tyler Cole

Who is Tyler Cole?

Tyler Cole is a growing American filmmaker and R&B singer who came into the limelight due to his relationship with a celebrity.

He was part of his high school film department and he began learning to play the guitar with his friends while he was still in middle school. He soon started getting gigs to play at events and shows in the city where he grew up, Los Angeles.

His career has seen him release 2 albums: Stranger in 2016 and We’re in Love & the World Is Ending in 2017. He also provided soundtrack for the 2018 box office animated film hit, Spider-Man: Into The Spider-Verse.

Tyler is straight and has become extra famous due to his publicized romance with singer, Willow Smith. The couple began dating in 2017 with Willow even going the extra mile to move in with him, although with the permission of her A-listers parents.

Tyler found out recently that he knew nothing about his father because he had been incarcerated for a long time. He regards details of the rest of his family as private information.

As private as he appears to be, he is however, noted to be of the Christian faith.

He wrote, composed, edited, produced and directed his music video for Strangers in 2016.

He belongs to a band called Mourning Knights and are currently working on an album.

His dream is to win an Oscar before he turns 25.

He starred in 2015 film, Between the Miles and also made the film, The Father Complex to address the intricate relationship he has with his father.