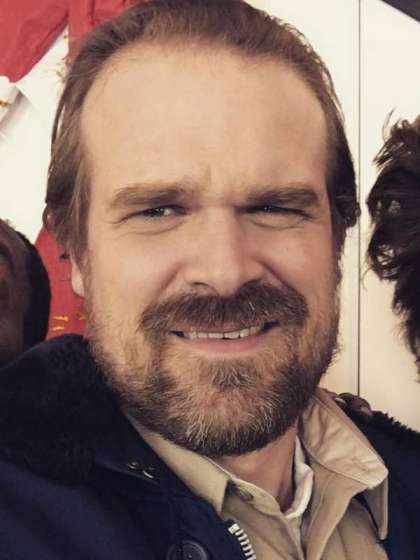 Compare your height to David Harbour

Who is David Harbour?

David Harbour is quite the experienced actor. He is proficient both on the stage and on screen as his skill has earned him a handful of awards.

He knew he wanted to become an actor from the age of 5.

He played the Tin Man in a kindergarten school play of The Wizard of Oz.

After graduating from Dartmouth College in 1997, he made his stage debut in The Rainmaker and a TV episode of Law & Order, both in 1999.

Asides being nominated for a Tony Award for his role in Who’s Afraid Of Virginia Woolf? in 2005, he has earned all other recognition and acclaim for his role of Stranger Things (2016-2019).

David is straight. He dated actress Julia Stiles between 2011 and 2013. Prior to this, he was engaged to another actress by the name of Maria Thayer.

He is the son of Kenneth and Nancy Harbour. There is no record of any sibling.

David revealed in a 2018 interview that he was Catholic and quite devout but lost his faith down the line. He however, found religion again after a long period of sobriety.

He was diagnosed as bipolar during his early life and his parents had him checked into a mental asylum.

Right before he got the call up for his Stranger Things role, he was just about to quit Hollywood for good.

He has spoken about how he used to crush on his Stranger Things co-star, Winona Ryder while he was in high school.

David is scared of the ocean.