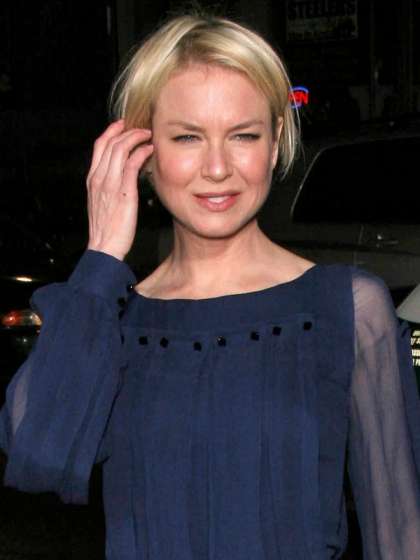 Compare your height to Renée Zellweger

Who is Renée Zellweger?

Renée Zellweger is an award-winning actress and film producer. To a lesser degree, she is a fashion model and a health activist.

She was very active in sports in high school, playing soccer, basketball, and gymnastics while also being on the cheerleading, debate and drama teams.

She picked up acting as an interest in college and appeared on screen in an advert for Coors Light in 1991.

She earned fame for her role in the 1996 film, Jerry Maguire but has won a combined 6 Golden Globe and SAG Awards as well as 1 Academy and BAFTA Award each for her roles in the films Nurse Betty (2000), Chicago (2002), Cold Mountain (2003) and as the Bridget in the Bridget Jones films.

Renée is straight and has been dating Doyle Bramhall II since 2012. She was engaged to Jim Carrey in 2000, dated Bradley Cooper for 2 years in 2009 and was married to Kenny Chesney in 2005 but the union was annulled 4 months later.

Other famous names she has dated include John Krasinski, George Clooney, John Stamos and Jack White.

She and her brother Adrien “Drew” are children of Emil and Kjellfrid (nee Andreassen) Zellweger.

Describing her family as lazy Episcopalians and Catholics, she has chosen the faith of Roman Catholicism.

She worked as a waitress at a strip club to finance her college education.

Her middle name is Kathleen.