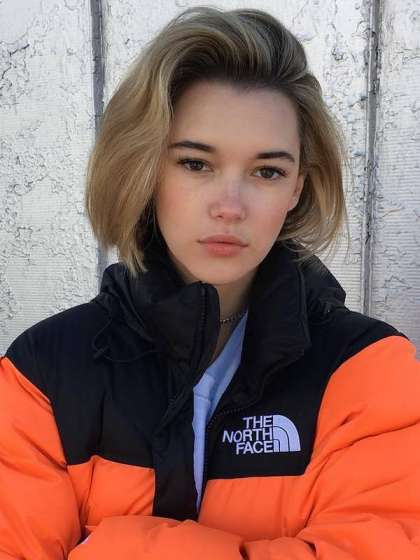 Compare your height to Sarah Snyder

Who is Sarah Snyder?

Sarah Snyder is known across the country as a model, a social media celebrity and as a burgeoning actress.

Much of her childhood has not been revealed. She however began to make a name for herself for starring in films, making her debut as a 13-year old in the 2008 film, Skeleton Key 2: 667 Neighbor of the Beast.

As an actress, she has starred in the films Greencastle (2012), Scarlett Rain (2010), Dead Woman’s Hollow (2013) and is top-billed for the upcoming film, Night of the Living Dead: Genesis.

Her modeling career has seen her appear in a late 2017 issue of Vogue Japan and she models for Calvin Klein lingerie and jewelers, Icebox.

Sarah is straight and was famously dating actor/model Jaden Smith from 2015 to 2017. They were always seen together sharing kisses in public.

Before that, she was in a relationship with another model, Ian Connor from 2014 to 2015.

Sarah has kept details of her family as private information as she does not want to expose them to the scrutiny of the media and public.

Her middle name is Irene.

She has a criminal record. In 2015, she pleaded guilty to larceny after shoplifting a Hermès bag worth $16,000.

She was involved in a feud with Kylie Jenner with the 2 throwing subtle jabs at each other on Instagram in early 2017.

All body measurements above were taken from models.com