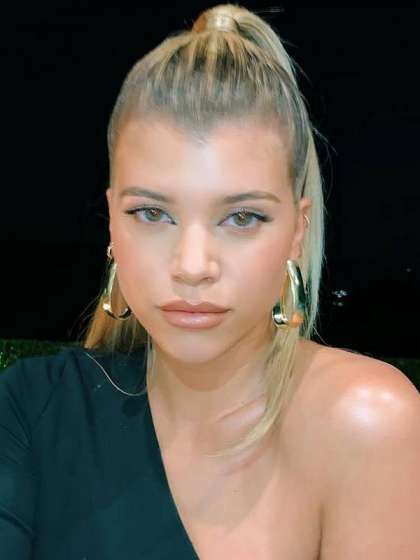 Compare your height to Sofia Richie

Who is Sofia Richie?

Sofia Richie is one of the fastest-rising models in America today. Her quest for fame has also seen her dabble into Hollywood.

Although she began with music and learned to play the piano at age 7, constant comparisons to her father made her switch to modelling.

Her career took a meteoric rise at 16, featuring in Teen Vogue, Elle and modeled for Mary Grace Swim after she appeared on her sister’s TV show, Candidly Nicole in 2014.

She became the face of Madonna’s Material Girl line in 2015, and has featured in campaigns for major brands like Chanel, Michael Kors, Tommy Hilfiger, D&G and Adidas.

In 2018, she made her film debut as herself in box office hit, Ocean’s Eight.

Sofia is straight and is currently dating Scott Disick since 2017. She has dated several stars such as Lewis Hamilton, Jaden Smith, Justin Bieber, Brooklyn Beckham and rumored romances with Samir Nasri and Anwar Hadid.

She is the daughter of famed singer, Lionel Richie and Diane Alexander. She has Nicole Richie as her adopted older sister while her younger sister is Miles Richie.

Sofia’s religious views are unknown. Her father however, is a Episcopalian and considered being a priest before turning to music.

She was a soccer player until she clocked 16 after breaking her hip in a Segway mishap.

A goddaughter of the late pop star Michael Jackson, she is best friends with Paris Jackson. She is also friends with Kylie Jenner.