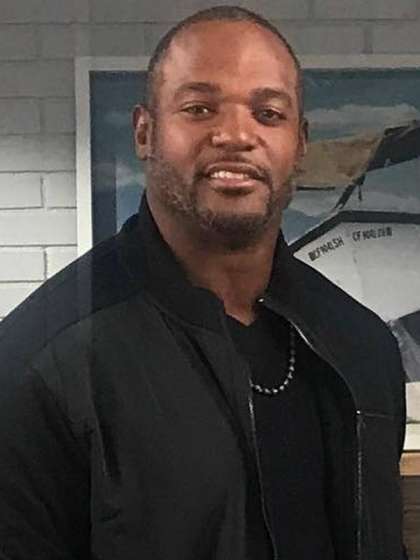 Compare your height to Dwight Freeney

Who is Dwight Freeney?

Dwight Freeney is a retired football player who in his days, gained his fame and fortune playing and excelling for the Indianapolis Colts.

His football exploits in high school was so great that his jersey was retired. His athletic scholarship to Syracuse University was justified as he set records upon records during his 3 years there.

He played for the Indianapolis colts for a decade where he became Super Bowl XLI champ and also made Pro Bowl 7 times in that period. He led the NFL sacks leaders table in 2004.

Dwight is straight. Since 2011, he has reportedly been in a long-term relationship with fashion designer, Rachel Roy. It is unclear if they plan to tie the knots anytime soon. The only woman he has been known to date prior to this is Nia Long, for a while in 2006.

He is the younger son of Hugh Snr. and Joy Freeney with his only brother being Hugh “Junior”. He has Miami Dolphins player, Jonathan Freeny as a distant cousin too.

The only indication of his religion is the fact that he attended 2012 Super Bowl Gospel Celebration where he shared a personal testimony. He may be a Christian, after all.

In 2012, he had his wealth manager arrested for embezzling his money, a whopping $2.2million.

He appeared in a Dwight Freeney cereals TV advert in 2012.

He signed a one-day contract with Colts just so he could retire with the team that he gained all his success with. He retired on 19th of April, 2018.