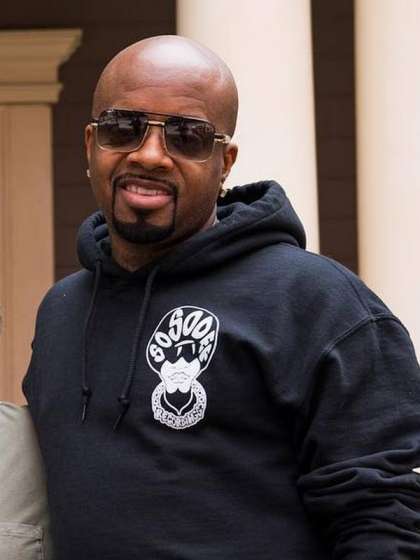 Compare your height to Jermaine Dupri

Who is Jermaine Dupri?

Jermaine Dupri is a Grammy award winning music producer. The singer, songwriter, rapper and actor is also one of the most famous record executives in America.

He was 9 going on 10 when he first caught the attention of many after he hopped on the stage and danced with Diana Ross during one of her concerts.

He joined the rap crew, Whodini when he was 12.

His first music production was for Silk Tymes Leather back in 1990.

He is the shot-caller of record label, So So Def which has seen many acts excel such as Kriss Kross, Xscape, Ludacris, Mariah Carey, Lil Bow Wow etc. His fame hit a new level after his work on Mariah Carey’s 2005 smash hit, We Belong Together.

Jermaine is straight and he famously dated American queen of pop, Janet Jackson between 2002 and 2009, admitting that their split may have been his fault. In his earlier years, he dated Pam Sweat and after their split in 1998, he briefly dated Kandi Burruss.

He is born as Jermaine Dupri Mauldin to Michael and Tina Mauldin. His romance with Pam Sweat led to the birth of his daughter, Shaniah Cymone in 1998.

Although he does not talk about his faith often, he is however, reportedly a raised a Catholic.

His undying passion for music led him to leave school in his 10th grade.

He and Queen Latifah are the co-creator of the 2015 reality TV series titled The Rap Game.

He starred in the 1999 action thriller, In Too Deep and was a producer of Like Mike in 2002, starring Lil Bow Wow.