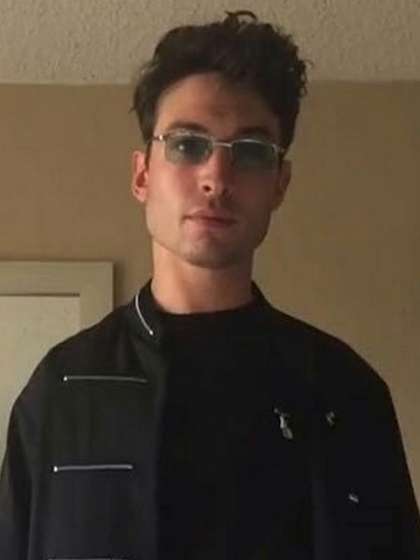 Compare your height to Ezra Miller

Who is Ezra Miller?

Ezra Miller is a wonderful actor whose career is definitely on the rise after earning starring roles in major box office franchise films. He is also a terrific singer.

Because of a speech impairment at as a child, his took up opera singing as advised by his teacher. He has performed in major opera houses growing.

His 2008 screen debut in Afterschool and 5 episodes of Californication earned him success that he dropped out of school at age 16.

Some of his most famous screen appearances have come in The Perks of Being a Wallflower in 2012, Justice League in 2017 as Barry Allen/The Flash, We Need to Talk About Kevin in 2011 and in the Fantastic Beasts films.

Ezra describes himself as queer. In 2013 he dated model Erin Urb and they got engaged in mid-2014 but it ended in 2016. He was rumoured to have dated Shailene Woodley soon after. His previous relationships have been with Lauren Nolting, Zoë Kravitz and Esther Wald.

He is the youngest child and only son of Robert and Marta Miller with his siblings being Caitlin and Saiya.

He has a “step-cousin” named Gideon Lewis-Kraus.

Raised by a Christian mom and an Ashkenazi Jewish dad, Ezra has described himself as a very spiritual Jewish person.

Asides being queer, he also considers himself non-binary. Hence, the use of the pronouns they & their while talking about himself.

He handles percussion and singing in his trio band, Sons of an Illustrious Father since 2011.

He showed support for the #MeToo movement, alleging that an unnamed Hollywood director and producer made him drunk with wine as an underage.