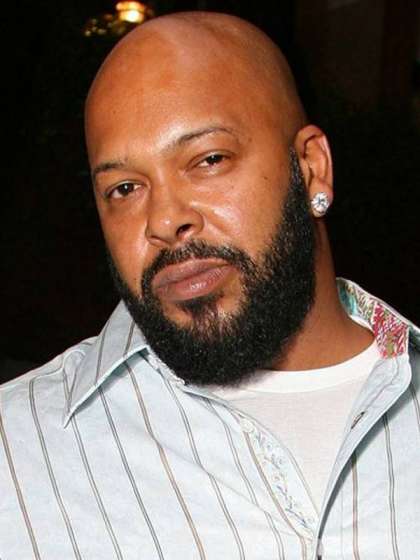 Compare your height to Suge Knight

Who is Suge Knight?

Marion “Suge” Knight Jr. is known as the troubled former chief and co-founder of Death Row Records. He had a short-lived football career before turning to music production.

He was a football star in high school and earned his nickname from being called “Sugar Bear” growing up.

He worked as a bodyguard for celebs before “bullying” his way into music, starting a music publishing and artist management company.

On the dark side, he is mentioned in the murders of Tupac, Eazy-E, Notorious B.I.G and several other crimes.

Suge is straight. He was married to Michel’le for 6 years from 1999 and Sheritha Knight at a previous time.

He has been in a relationship with Bernice Burgos and a brief romance with Left Eye of TLC.

He is the son of Marion Sr. and Maxime Knight and has 2 sisters, Charlinda Tubbs and Karen Anderson.

He fathers a daughter Balei with Michel’le and a son, Suge J Knight.

In 2007, it was reported that Suge had accepted Christ but in 2012, he was depicted to have accepted Islam and even observed Ramadan fast. Whatever the case, it is obvious that the man is not religious, judging by the long list of crimes he’s actively involved in.

He is alleged to have had Jerry Heller at gunpoint to release Dr. Dre from his Ruthless Records contract.

He has been shot severally, shot at people and involved in several run-ins with the law.

Currently an incarcerated felon, he is serving a 23-year sentence for manslaughter in September 2018.