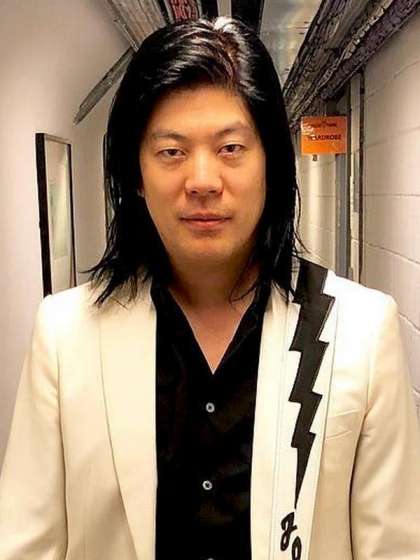 Compare your height to James Iha

Who is James Iha?

James Iha is a guitarist and singer with the rock band, Smashing Potatoes. His years of experience has seen him also become a designer, record producer and executive.

He was in junior college in 1987 when he began playing guitar for Snake Train. He met future bandmate, Billy Corgan and decided to become Smashing Potatoes. As their career rose, he decided to drop out of Loyola University where he was studying graphic design.

Often seen wielding a V-neck guitar, he wrote and sang songs such as Take Me Down, Go and Bugg Superstar.

He designs for Vaporize, a men fashion brand and consults for Beams, a Japanese brand.

James is straight. He was in a relationship with former bandmate, D’Arcy Wretzky from 1988 to 1991 and after feuding for 2 years, they have become the best of friends since.

He also dated Karen Elson from 2001 to 2003 and had a brief romance with Christina Cornell soon after.

Although he keeps his family life private, he has revealed that he is the middle child of a Japanese-American couple.

He has only 2 brothers.

He is also the father of a preteen girl named Hazel whose mother is unknown.

James’ religious beliefs and practices are unknown. This is one part of his life he is passionately private about.

In 2018, he re-joined Smashing Potatoes and released an LP titled Shiny and Oh So Bright, Vol. 1.

He co-owns a record label, Scratchie Records and a recording studio, Stratosphere Sound.