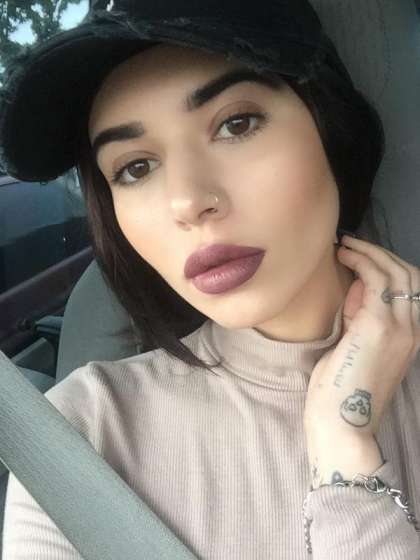 Who is Hanna Beth Merjos?

Hanna Beth Merjos has gained famous across the country as a fashion blogger, a vogue model, a talented designer and a socialite across LA.

She had trouble adjusting to the life of a teenager and turned to fashion as a means of escape. Before long, she began to draft her own designs and created a blog on her MySpace page where she spoke about fashion. This is where she was discovered by Buzz Media in 2006.

She is known for her fashion blogging on Buzznet but caught the attention of the entire country when she won the second season of House of DVF on E! in 2015.

She also appears on Machine Gun Kelly’s music video for All Night Long.

Hanna Beth is straight and appears to have a thing for guys in bands. In 2015, she was engaged to Chris Zylka (Paris Hilton's ex-fiance) for 10 months. Some of the names she has been associated with include Trace Cyrus, Martin Johnson, Deryck Whibley, Christopher Drew and Andy Biersack.

She is the eldest and only daughter of Stavros Merjos and Hayley Mortison. She has 3 brothers; Marlon and half-brothers Roscoe, born in 2006 and another unnamed, born in 2010.

Hanna is listed as a Christian considering her father is non-religious. She has a tattoo of a rosary on her leg which might indicate that she is probably Catholic.

She has starred in the short film, Album in 2017 and short-lived reality TV, Best Night Ever in 2013.

Her fame is further propagated by followership on Instagram in an excess of 300 thousand.