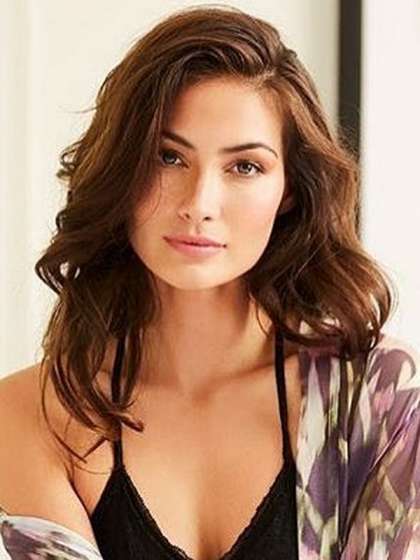 Compare your height to Caitlin McHugh

Who is Caitlin McHugh?

The lovely and gorgeous Caitlin McHugh is an actress, a model, a writer and a college graduate of contemporary dance.

Born in Chicago, she attended a Catholic High school in California and in 2004, attended college at the University of North Carolina arts school.

After college, she started off with small roles in films such as in I Am Legend and the short film, Passing Trains: A Love Story, both in 2007.

Caitlin became a topic in 2017 due to her marriage to an actor fondly called “Uncle Jessie” but she has starred in films like 48 Hours To Live in 2016, Tropical Paradise in 2017 and had a recurring part of the series, The Vampire Diaries in 2014.

As a Wilhelmina model, she has also appeared in TV ads for Colgate mouth care in 2016 and Buick Encore SUVs in 2017.

Caitlin is straight and after 3 years of dating and 3 months of engagement, she finally tied the knots with John Stamos in February of 2018. Before this, she was married to Massimo Lusardi in 2011 but separated after a few months which led to their eventual 2014 divorce.

She is the beautiful daughter of Timothy and Leilani (Empeno) McHugh. In April 2018, she became a mother to Billy Stamos.

Even though she attended a Catholic all-girls school, there is nothing to suggest that Caitlin is Catholic or even a Christian. She appears to be non-religious, until proven otherwise.

In 2017, she co-wrote and co-starred in the romantic comedy short, Ingenue-ish with her now husband, John Stamos.

She is a Disney world aficionado and can play the ukulele.