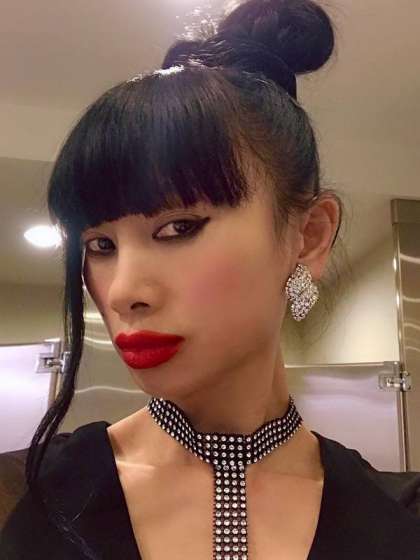 Compare your height to Bai Ling

Who is Bai Ling?

Known for her creativity and inventiveness, Bai Ling has certainly become a world-renowned film and TV actress, exhibiting versatility with several riveting performances.

Even as a little child, she participated in her elementary school plays before spending 3 years in the Chinese PLA when she was 14, joining the entertainment troupe for the soldiers in Tibet.

She became a professional at 16, starring as a man in the play, Yuequin and Little Tiger. In 1984, debuted in film The Beach.

Bai’s bisexuality is not news but all of her known relationships have been with men such as, Chris Isaak, Bill Maher, Lionel Richie and Damon Elliott who broke up with her a few days before 2008 Valentine’s Day.

She has also had flings with Nick Carter, Thomas Jane and Mickey Rourke.

She is the middle child and second daughter of Bai Yuxiang and Chen Binbin with Bai Jie as her sister and Bai Chen as her brother.

She also has a stepfather named Xu Chi.

Bai has not revealed any religious beliefs of hers. The only thing vaguely resembling spirituality is her belief that she comes from the moon.

Her 2011 appearance on Celebrity Rehab with Dr. Drew was for alcohol addiction.

She was arrested for shoplifting on 2008 Valentine at LAX. She claimed to have been dealing with heartbreak.