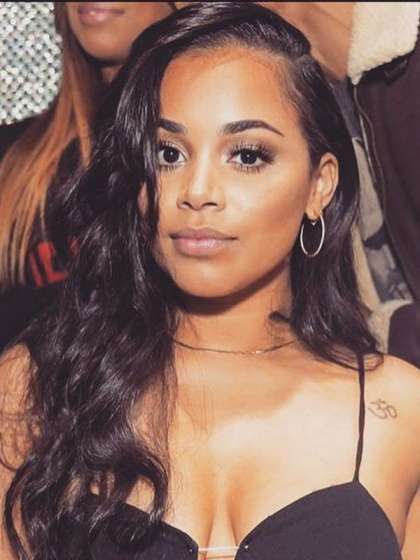 Compare your height to Lauren London

Who is Lauren London?

Lauren London is a beautiful and savvy model, film and TV actress, TV personality and has appeared in a number of music videos, usually for hip-hop artistes.

She was homeschooled through her high school days. She was 18 when she made a debut on screen in a music video by Pharrell featuring Jay-Z titled Frontin in 2003.

She was a spokesmodel for Sean John 2007’s women line and has appeared in several music videos such as Drop It Like It’s Hot by Snoop Dogg & Pharrell Williams and Miss Independent by Ne-Yo.

Lauren is straight and has been dating rapper Nipsey Hussle (real name: Ermias Asghedom) since 2013 till his tragic death in 2019.

She had dated rapper, Lil Wayne since her teenage days until they broke up in 2009.

In between these two, she dated Trey Songz and Neef Buck.

The only information available about her family is her parents’ ethnicity; her father is a white American and her mother is an African-American. She is a mother of 2; her first was in 2009 with Lil Wayne, a boy named Kameron and her second in 2016 with Nipsey Hussle, a boy named Kross.

Even as her father is Jewish, Lauren has gone with her mother’s religion of Christianity and she is very spiritual.

She landed her role in 2007’s This Christmas without an audition due to her excellent work in ATL.

Her dream is to earn an Oscar nomination.