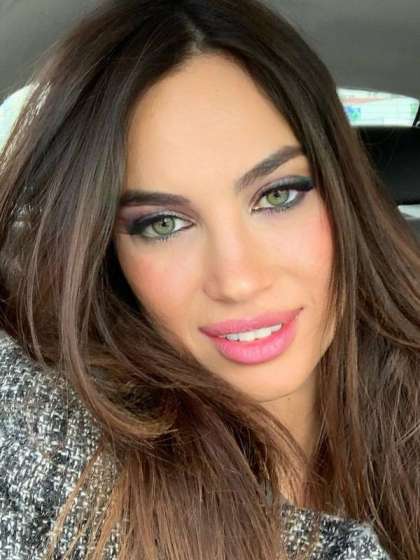 Compare your height to Alina Puscau

Alina Pușcău is a bundle of stunning beauty and talents. The singer and actress has risen from her humble beginnings to become of the most successful Romanian lingerie models in the world.

Singing grew from a passion to a dream when a popstar who was a childhood friend asked her to write a song and perform it alongside her.

However, she became an Elite Model at 16 when she won a nationwide contest and modelling immediately shot her to stardom.

Her modelling career has seen her star for Victoria's Secret, Elle, Vogue magazines and a cover for Playboy in 2009.

In 2008, she released her album Everybody Wants Me which featured hit track, Numa, Numa Ay.

Alina is straight but she keeps this part of her life very private. However, for 5 months in 2006, she dated Brett Ratner who was the executive producer of her album.

Details of her family are unknown but she was born as the youngest child of the 3 children of an electrician father and carpet weaver mother.

She is cited as a Romanian Orthodox but her degree of devoutness has remained an unknown information to the public.

In 2010, she featured in a workout infomercial titled Brazil Butt Lift by Leandro Carvalho.

She was introduced by Rad (a Romanian producer) to Brett Ratner who then asked to record a soundtrack for Rush Hour 3.
All body measurements above were taken from itmodelmanagement.com