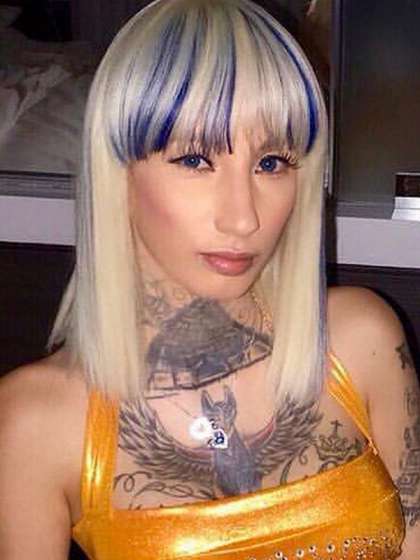 Compare your height to Kat Stacks

Who is Kat Stacks?

Originally named Andrea Herrera, the Venezuelan immigrant has risen from a childhood of poverty, abuse and prostitution to famously become one of America’s most controversial vlogger and rapper/rap groupie.

Kat Stacks childhood days were filled with horror and struggles. After immigrating with her mother when she was 8, she was a victim of sex trafficking and so began a life of prostitution when she was 14. She got out of it by carrying a gun to be arrested. She was pregnant at that time so she was placed on house arrest.

Her shot at fame came when she was 20, courtesy her loud-mouthed demeanour. Her YouTube videos and her work with a popular hip-hop website, where she reveals several shocking bedroom secrets of various rappers, projected her national notoriety.

She is also the author of Admire Andrea: Surviving Savagery to Saving Lives in 2013.

Kat is straight and has had a notorious sexual life, dating several rappers through the years such as Nelly, Lil Wayne, Soulja Boy, T-Pain, Shad Moss (Bow Wow) and a host of others.

Her last relationship is rumored to have been with Doron Lamb in 2016.

She claims to have dated Prince when she was 14 and she has a child for her past life pimp.

She lived with her grandmother and 2 uncles when she arrived to America and became a mother to her pimp’s child in 2009, a son she named TJ.

Information gathered suggests she is a Christian but it is clear that Kat does not exhibit any iota of devoutness.

After being arrested in 2010 by Immigrations, a public petition that even caught then POTUS Barack Obama’s attention, stimulated her release.