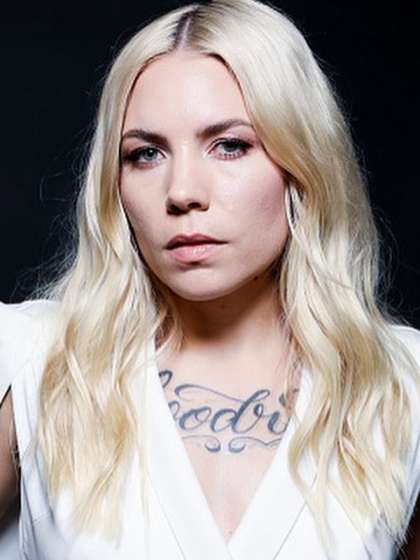 Compare your height to Skylar Grey

Who is Skylar Grey?

Formerly known as Holly Brook, Skylar Grey is a singer-songwriter, model and music producer whose career shot to international fame after collaborations with Eminem.

Since the age of 8 until 18, Grey began to sing with Generations, a folk pair, with her mum being the other half of the duo.

In 2006, she gave vocal to Fort Minor song, Where’d You Go and months later, her first album, Like Blood, Like Honey was released.

The international 2011 hit, Love the Way You Lie by Eminem and Rihanna as well as Bed of Lies by Nicki Minaj was co-written by her.

She lent her voice to songs such as I Need a Doctor by Dr. Dre and Eminem, Coming Home by Diddy and Glorious by Macklemore.

She also sang I Know You for Fifty Shades of Grey, Everything I Need for Aquaman and her 2013 hit single, C’mon Let Me Ride with Eminem.

Skylar is straight and is currently engaged to Elliott Taylor after hooking up in 2017, months after her divorce from ex-husband and former manager, Todd Mandel.

She was rumored to have been dating Eminem, but the both of them have declared this to be untrue.

Christened Holly Brook Hafermann at birth, she is a daughter of Gene Roger Hafermann and Candace Krietlow.

Her sister’s name is Tiffany Hafermann.

While her lyrics might suggest she has had some sort of Christian upbringing, Grey appears to be non-religious.

She has a restraining order against her ex-spouse granted by law after he stalked both her and her fiancé physically and digitally, amidst threats of physical hurting them.

Her failing marriage inspired the lyrics to Eminem’s Walk on Water.