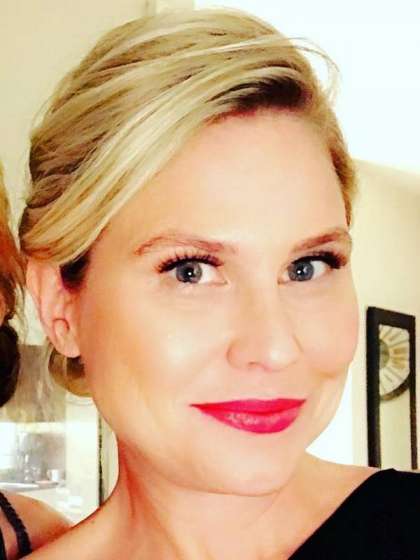 Who is Amy S. Foster?

Amy S. Foster is a talented woman with a knack for the literary arts. She has gained widespread recognition as a terrific author and genius lyricist.

She steered away from an expected music career and chose to study international business at American University, DC. She got engrossed in literary arts after taking a creative writing class with Ann Darr.

Moving to London upon graduation, she met music producer Martin Terefe who helped giver her poetry the right music and made a spoken word record together.

She has gained fame for her collaboration with Michael Bublé with chart-topping songs like Beautiful Day in 2013, Haven’t Met You Yet in 2009, Everything in 2007 and especially Home in 2005.

Amy is straight and has been tied in conjugal bliss with Matthew Freeman since 2013.

Prior to this, for a big part of her adult life, she was married to Simon Gilles before their divorce.

She is born to David Foster and singer Bonnie Jean Cook.

From her father, she has Allison Jones Foster, Sara, Erin and Jordan Foster as her half-sisters.

She also had Yolanda Hadid as a stepmother and hence, Gigi, Bella and Anwar Hadid as step-siblings before her father divorce.

She is the mother of three; daughters Mikaela and Eva with Simon and son, Vaughn with Matthew.

The “S” in her name stands for Skylark.

When Autumn Leaves was supposed to be the 1st of 15 series but she later kicked against it.