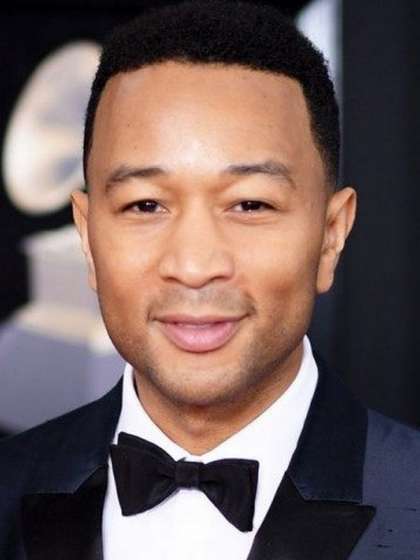 Compare your height to John Legend

Who is John Legend?

As his name suggests, John Roger Stephens is a music legend. His piano mastery, voice and brilliant lyrics will be praised for a long time.

John began singing with his church choir by 4 and became a piano prodigy at 7. He later became the music director of the Bethel A.M.E church choir.

Homeschooled until 12, he graduated high school at 16, turned down offers from Harvard and Georgetown and studied English as Penn Uni.

He has appeared in films such as La La Land in 2016 and even played the titular role in Jesus Christ Superstar Live in Concert in 2018.

John is straight and married to Chrissy Teigen since 2013 after their 2 year old engagement. The pair began dating in 2007 during a music video for John. Other women he has previously dated include Jessica White, Danielle Abreu and Wafah Dufour.

John is born to Roland and Phyllis Stephens.

He has 2 elder brothers, Vaughan and Roland Jr. and a baby sister, Missy.

John is a Christian. He implies he has lost touch with some parts of his faith and he is currently working through his relationship with God.

He is the 2nd youngest and 1st black man to join the prestigious 15-member EGOT club (Emmy, Grammy, Oscar and Tony).

His grandmother tutored him to play the piano.