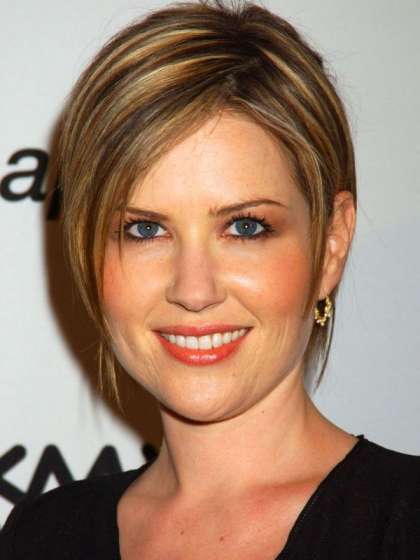 Compare your height to Dido

Named after an ancient Carthage queen, Dido is an internationally recognized and celebrated English-born, Irish songstress.

Music had been a passion for Dido and soon became a way to escape from bullying as a kid. After sneaking in a recorder home from school, her parents decided to enroll her in a music school.

She quit studying law at University of London to focus on music fully and began to do some vocals and co-wrote songs for her brother’s group, Faithless. She began to record demos in 1995 and compiled them in a compilation titled Odds & Ends.

She has 2 Brit Awards and several others for her first 2 albums, No Angel in 1999 and Life For Rent in 2003 that made a combined sale of over 34 million copies and features popular songs such as Here With Me, White Flag, Sand In My Shoes, Thank You and Life For Rent.

Dido is straight and is married to Rohan Gavin since 2010 and they both have a son.

Before that, she ended her engagement with Bob Page in 1999 after dating since 1992.

She is the younger child of William (died 2006, aged 68) and Clare Armstrong with her brother being “musicmaker” Rowland “Rollo” Armstrong. In 2011, she became a mother to Stanley.

Dido appears to be non-religious. She never speaks about religion or makes any reference in her music.

She marks her birthday on the 25th of June as against her original December 25th birth date.

She claims to be a “diehard” fan of Arsenal FC.

She will release her new album Still On My Mind on March 2019.