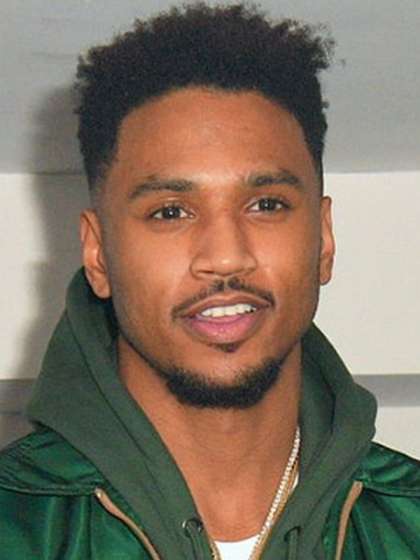 Compare your height to Trey Songz

Who is Trey Songz?

Tremaine Neverson a.k.a Trey Songz is a famous R&B singer who can make any lady swoon with both his handsome face & ripped body and sweet lyrics with an electric voice.

He realized how great his vocal prowess is at age 14. He did not want to sing professionally due to his shyness as a boy, his friends and family convinced him to.

After high school, he signed a record deal with Atlantic Records in 2003 and gained some fame for his song, Open The Closet in 2004. His first album, I Gotta Make It was released in 2005.

Trey is famous for songs like Say Aah, Bottoms Up, Slow Motion and Na Na. His 2012 song, Heart Attack was Grammy nominated.

His 6 albums, including Trigga in 2014 have grossed over 25 million copies globally.

He has also starred in the film Texas Chainsaw Massacre in 2013.

Trey Songz is straight. Known for his sex appeal, he attracts a lot of affection from womenfolk. His longest relationships have been 4 years with Lauren London and 2 years with Iesha Marie.

Some of the most famous women he has been with include Bernice Burgos, Tahiry Jose, Ciara and Drew Sidora.

He is a son Claude Neverson Jr. and April Tucker. His mother married another man who later became instrumental to Trey’s career.

He has 2 brothers, Alex and Forrest Neverson and a sister, Nikki Neverson.

He is rumored to have a daughter Kori, who was born in 2000.

Trey is a Christian. He spent a lot of time growing up with Rose, his grandmother who was in the church choir.

His name was inspired by his producers always labeling his demo tapes as “Trey’s Songs”.

He trained as a barber in high school. He says he would have become a barber if music failed him.