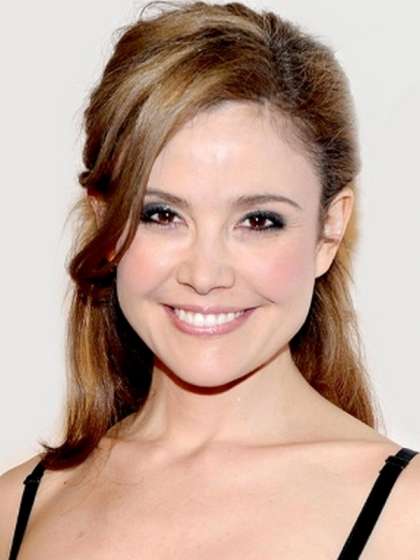 Compare your height to Reiko Aylesworth

Who is Reiko Aylesworth?

Reiko Aylesworth is a versatile actress who has exhibited proficiency on stage and on screen especially as Michelle Dessler on 24.

She became attracted to acting when she was 15 and after understudying severally, she had her first stage performance in West Side Story as Consuelo in 1987.

Although a neuroscientist by education, she appeared in various stage plays until she was cast to play a recurring role on One Life to Live in 1993.

From 2002 to 2006, Reiko dazzled fans and viewers of popular espionage action TV series, 24. She has also had recurring roles in other series such as Lost, Hawaii Five-O, Scorpion and ER.

The highlight of her film career is as Kelly O’Brien in Aliens vs. Predator: Requiem in 2007.

Reiko is straight and she was famously dating her fellow 24 co-star, Kiefer Sutherland for 2 years, between 2003 and 2005.

After years away from stoking the fire of romance and in a relatively more subtle and quiet way, she got married to Rob Clare.

Much of her family background is unknown other than she is the daughter of a Welsh-Japanese father and a Dutch mother. She is also stated to have several half-siblings but growing up with a younger half-brother.

Several media outlets report that Reiko is a Christian but we do not know if she is a devout one.

Her first name, Reiko is Japanese and it means a child of gratitude/thankfulness.

She is really excellent at the pool table after learning to play while in high school.