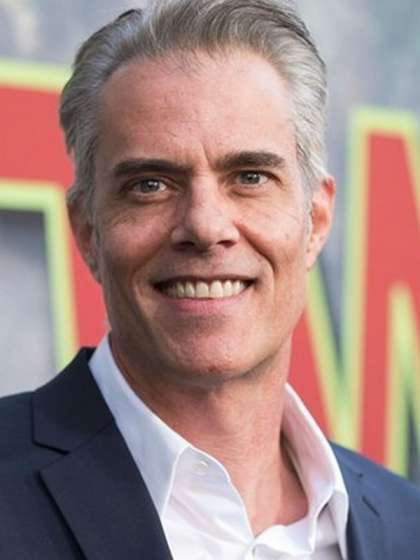 Compare your height to Dana Ashbrook

Who is Dana Ashbrook?

Dana Ashbrook is a TV and a movie actor.

Dana had his first movie appearance at the age of eleven in a movie Attack of the Killer Tomatoes!.

Ten years later he decided to come back to acting and take it more seriously, getting roles in TV-shows ABC Afterschool Special and Knots Landing.

His most famous role is in TV-series Twin Peaks as Bobby Briggs.

Dana has done a lot of other movies and shows like Crash, Python II, Welcome to Paradox, W.E.I.R.D. World, Desperate Journey: The Allison Wilcox Story, The Hidden Room, Kensho at the Bedfellow, The Aggression Scale, Inner Balance, Angels Don't Sleep Here, Blink of an Eye, The Coriolis Effect, Waxwork, and many others.

He is straight. Dana once dated actress Marisa Tomei.

He has two siblings that both went into art as well – his sister Daphne Ashbrook is an actress and brother Taylor is a writer.

Dana is married to Kate Rogal, a fellow actress.

It is unknown since he never made a statement about it.

Dana does a bit of a humanitarian work, spreading awareness about organizations like The Red Cross.

He has been on tour with his Twin Peaks colleagues, going to meet fans across the globe.