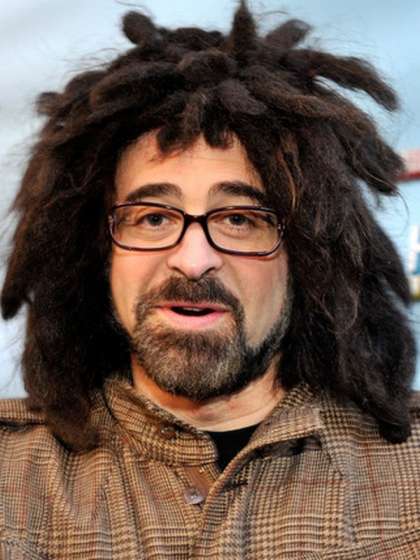 Compare your height to Adam Duritz

Who is Adam Duritz?

A creator of the century, whose music touched a lot of hearts, Adam Duritz is an American musician and a songwriter.

Adam started out writing songs for his local bands, such as Sordid Humor.

He later started his own group, The Himalayans. That’s where Adam really had the ability to shine as a songwriter.

Adam is most known as the member of Counting Crows, a band which he founded in 1991.

His work includes such albums as This Desert Life, Underwater Sunshine, Somewhere Under Wonderland, Recovering the Satellites, Saturday Nights & Sunday Mornings, Films About Ghosts, and others.

Adam was a co-writer for a song Accidentally In Love, that went on to become the Shrek 2 soundtrack.

He launched his own record label, Tyrannosaurus Records, but, unfortunately, it closed down in 2015.

Adam worked on movies The Locusts and Freeloaders as an executive producer.

Adam is straight. He dated Samantha Mathis for a year in 2004, had a short romance with Jennifer Aniston and recently was with actress Emmy Rossum, but they have broken up.

Gilbert and Linda Duritz are Adam’s parents. He doesn’t have any siblings.

Adam was diagnosed with Depersonalization disorder and, has been very open about it.

He likes to work out to keep himself healthy.

His dreadlocks are fake.