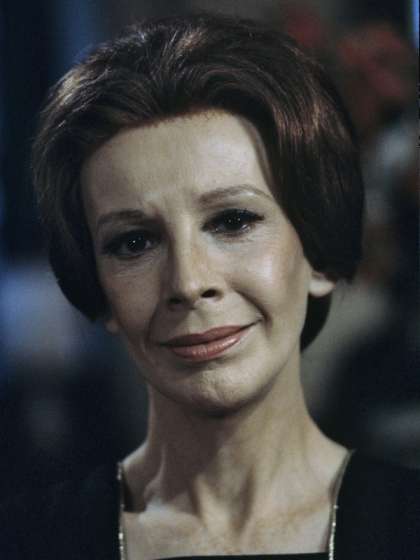 Compare your height to Gusti Huber

Who is Gusti Huber?

Gusti Huber was an Austrian actress who moved to the USA after the end of World War II.

She was trained by an older actress who later also helped her to make her debut.

In 1935 Gusti’s made her first movie appearance in Tanzmusik.

Her first role in America was in Flight Into Egypt (1952).

Gusti is most known for her role in The Diary of Anne Frank as Edith Frank, and although her performance was critically acclaimed, Gusti got criticized for it a lot.

She had a great performer career, including appearing three times on Broadway.

She was married to Gotfrid Köchert, with whom she had two daughters, named Bibi Besch and Christiana. Later they divorced and Gusti married Joseph Besch. They had two of their own children as well, Andrew and Drea.

Her granddaughter is an actress Samantha Mathis.

Gusti has never spoken about her religion beliefs.

Later she became a part of Zurich Schauspielhaus and during the next five years had more than a 108 different roles.

Gusti received heavy criticism for being chosen to play the role of Edith Frank, because of the rumors of her supporting the Nazis.

She retired from acting in 1961.
She died from heart failure.