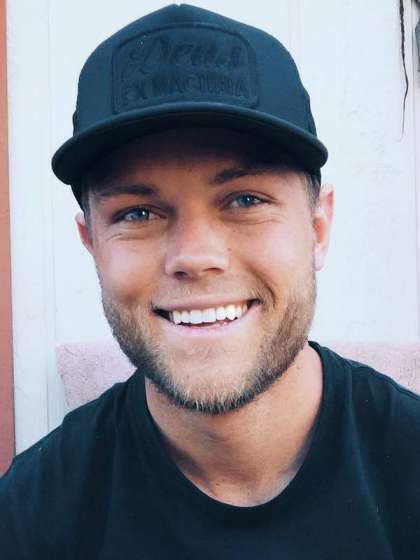 Compare your height to Slater Trout

Who is Slater Trout?

Slater Trout is one of the very best in the world of surf sports, excelling particularly at stand up paddling.

His love for surfing began when he was a little kid watching his father surf and try out stand up paddling and he was enthralled immediately.

At just age 11, he began participating competitively usually with people double his age.

At 13, he became the youngest elite division competitor at the Rainbow Sandals Battle of the Paddle.

Slater has excelled in his chosen path of surf sports being three times stand up paddling champion at the Duke’s Ocean Fest.

He also has a keen interest in photography and has spent his life documenting his global travels through photographs he shares with his 113k followers on Instagram.

Slater is straight and is famously remembered for his romantic relationship with Ireland Baldwin in 2012 whom he met through social networking. The pair however split 2 years later, allegedly citing Ireland’s busy modelling schedule as the cause.

Slater and his brother, Tanner are the children of surfing enthusiast Casey and world adventurer Jennifer Trout.

His religious beliefs and practices are currently unknown.

He uses his Instagram account as a marketing tool, advertising products such as H2O Audio and C4 Waterman.

His other hobbies include cycling snowboarding and endurance hiking.

He has indicated his commitment to seeing stand up paddling become an Olympic sport.