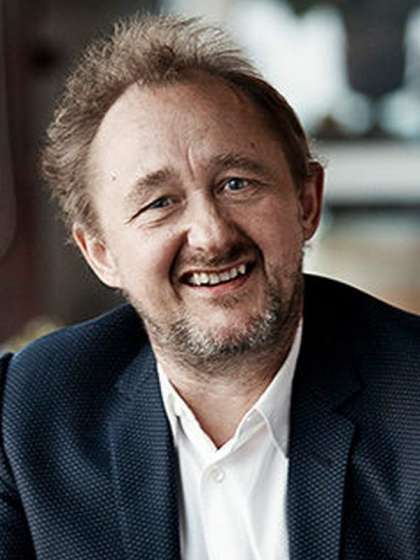 Compare your height to Andrew Upton

Who is Andrew Upton?

Andrew Anthony Mundine Upton is an Australian playwright, director and screenwriter who is known internationally as an excellent adaptor of classic plays.

His love for theatre comes from his dad frequently taking him to plays as he was an enthusiast.

He enrolled in the University of Sydney to study arts but left to earn a directing diploma at Victorian Arts College.

He went back to Sydney and found work as an assistant editor on Babe in 1995 and various other films.

He is famous for his marriage to a celebrated movie star but professionally, he is most famous as the producer of Carol in 2015, as screenwriter for Stories of Lost Souls in 2005 and The Turning in 2013.

He also wrote the screenplay for British television series Bangers in 1999 and Gone in 2005 as well as penning his original play Riflemind in 2007.

Andrew is straight and since 1997, has been happily married to Cate Blanchett. The two met during the production of the TV show, The Seagulls in 1996 and after a whirlwind romance, they walked down the aisle a year later.

Upton is the youngest child born to his parents who are a doctor-nurse duo.

There is no information regarding Andrew’s religious beliefs and practices.

He is an artistic director of the Sydney Theatre Company together with his wife.

While in school, he tried acting but was terrible at it. He immediately switched to playwright.