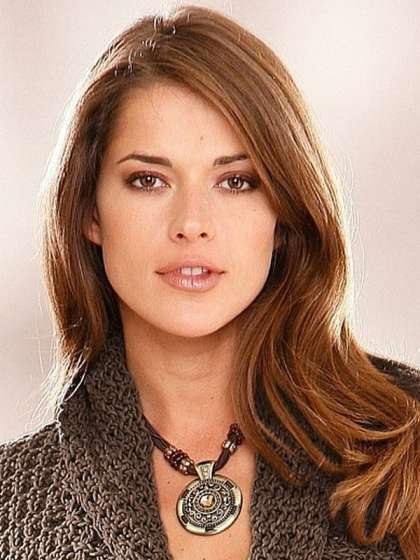 Compare your height to Diana Kovalchuk

Who is Diana Kovalchuk?

Born in Ukraine, Diana Kovalchuk is a worldwide famous super-model.

Diana was born in Vinnytsia, where she attended art classes and entered her first agency at the age of 14.

1996 she placed first in a competition «Elite Model Look» and got a two-year contract with Elite Model Agency. She was the first ever Ukrainian model to participate in the competition.

Diana is known for her appearances on covers of various magazines, such as Cosmopolitan, L’Officiel, Marie Claire, Glamour, ELLE. She has an impressive portfolio with photos from Patrick Demarchelier and Helmut Newton, key personalities in the fashion industry.

Diana is straight. She dated Wladimir Klitschko in 2002.

Her parents are Alla and Sergiy Kovalchuk. Diana has a younger brother. She is an expert at keeping her personal life private, so there is no way to know if she is dating someone.

Diana hasn’t made a statement on the matter of her religion.

Diana is said to have a charm to her catwalk, she gives a long-lasting impression because of her vibrant personality.

In high school, Diana took her graduation exams before her classmates to have more time to focus on her career.

She loves dogs, although doesn’t have any because of her busy lifestyle.

When she was asked, what is her favorite food, Diana said Japanese food and anything her mom makes.

All body measurements above were taken from model-management.de.