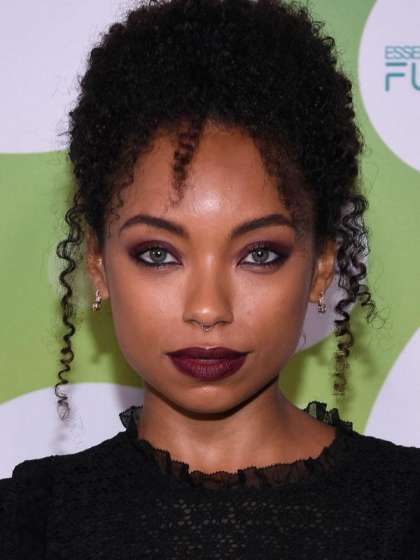 Compare your height to Logan Browning

Who is Logan Browning?

A feminist and with a down-to-earth personality, Logan Browning is a gifted American actress.

Although Georgia-born, she graduated from Vanderbilt University in Tennessee.

Before then, her acting career had gotten under way in her teenage years making an appearance in 4 episodes of Summerland in 2004 and in 5 episodes of Ned’s Declassified School Survival Guide in 2005.

Her most renowned work is playing Samantha White on Netflix’ Dear White People airing since 2017.

Logan is straight but she has kept her personal relationships away from the public eye.

Although her birth parents are a white woman and a black man, her adopted parents are Larry and Lynda Browning who are both African-Americans.

There is no information about siblings.

Although Logan is non-religious, she said “F*ck jihadism. Islam is a beautiful religion, I won’t be stopped by terror” via her Twitter account on 19th August, 2017 in a response to the terror attacks in Barcelona.

She is a very big believer of numerology, having a particular attachment to the number 27.

For the TV series Hit The Floor, Logan had to learn to dance. For 8 months, she took ballet lessons.